Apple has a database with all serial numbers and they use the last four bytes of the serial number to link to/open a support page. I have shared this kind of data in the past (*) but it was a pain to keep up with updates. I don’t have time for this, and thus I decided to push the data to a MacSerials repository on Github. Much easier to maintain this way.

The first update, with new data for the 5th generation iPad, is also available.

Have fun with it 😉

The Apple store is down for maintenance. Something we’ve all been waiting for this. For too long already. Will this be another big disappointment or not?

Yeah yeah. I hear you. New iPad Pro’s. New AppleTV. Cool. I want them, but what I am waiting for, for like two years already, is a new Mac Pro and Mac mini. Well well. What a surprise. Thanks Apple.

What is this WWDC 2017 picture telling us? 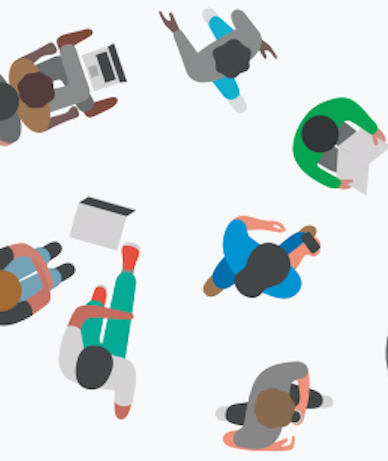 This is a part of a picture that you can download here. Take a look at the person in the upper left corner. What do you think? Is that a MacBook Pro in front of him? If you work for Apple, that would have to be a yes I guess. Even if the dimension of that keyboard and trackpad doesn’t fit a 15-inch MacBook Pro.

Ok. Now look at the one below it. Two people looking at a ‘notebook’ without a keyboard and trackpad on it. Why? That’s just weird. Not only that. It appears to be wider and has a bigger display.

There are ten other figures with the same kind of ‘notebook’. What, if anything, is Apple trying to tell us here? That one out of eleven notebooks is a MacBook Pro? Or that other brands do sell a 17-inch notebook? Nah. That can’t be it is it?

Wait. What did Tim Cook say about the pro? Ergo. Is that a new Apple device, or a 17-inch MacBook Pro with a Kaby Lake processor?

I know. It’s just a picture, but Apple is usually giving away clues/hints as to what the event is about – in terms of hardware announcements. Maybe it’s just a silly coincidence, but what do you think?

What other hardware would I love to see announced at WWDC?

Well. Ok. A new AppleTV with a faster processor and a USB-C port that actually works. Not just for diagnostic purposes. To restore the device (in the event that over-the-air restore doesn’t work). But one that could be used for external storage.

Next to that. A new Mac Pro and Mac mini. I’m also getting the next iPad Pro. Definitely.

In February I blogged about three new board-id’s that I had found in a macOS Sierra Beta. Two of them were later removed in macOS Sierra 10.12.4 Build 16e175b but I forgot to mention a fourth board-id:

I found this board-id long before the other three, but you’ll have to wait for Apple to release a new Mac and/or update macOS Sierra because there is little to none to say about it.

Note: The soon to arrive macOS Sierra 10.12.5 Beta may include more details.

A new version of freqVectorsEdit (v3.1) is now available from my Github repository. This is a major update showing frequencies (matching turbo frequency in green) and the HWP enable state:

The bold text is for the used/matching board-id. Here is the complete commit log:

One last note. This version no longer uses .dat files.

Most of you will know that I like to be ready. In time. Sure. It is still very early, but Apple isn’t sitting still – and neither am I – so here you go. This is the first public sign of macOS 10.13:

What you see here is a (large part) of the CatalogURL for developer seeds. A secure (HTTPS) link (note the green “Apple Inc.”) so this is not some fake link.

I can’t wait to get my hands dirty…

Please. Don’t ask for the full link. There is nothing there for you to download and when you use the new URI, then you won’t get to see updates anymore. Not for important updates like security related issues. Just don’t use it. Next to that. You need to be a registered (paid) developer in order to receive and install the next version of macOS.

My mom phoned me some time ago and said: “We have to talk.“. I knew that something was up. At that time I had no idea what, but my gut feeling said something bad. And I was right. Unfortunately.

This is why I became a frequent flyer (Malaga-Amsterdam). It wasn’t my own choice, but this is why I am in Amsterdam so much. Thing is. My mom has cancer. She is dying. We are taking as much time as we can to be there for her. Well. To be honest. Not at first. This was too much for me to handle. I being a chicken. I was too scared to talk about it. It stings. You know. This déjà vu is such a bad one. I have been there before. So yeah. It took me some time to give it a place. And I am still trying to become a better person. I have to, but this is just so freaking painful. So difficult. It’s my mom. I think that you know what I am trying to say here. Right?

Now. This Monday we entered a new stage. Another big one to freak out about. Her belongings need to be documented and labeled. Mom wants me to do that for her. Who gets what. God almighty. Like I do care. I don’t. I want my mom to be there for us. Her children, and our children. That however is not going to happen. Not for long anyway. That much we know already, but every day is one. I want to make the best of it. If that is even possible.

Well. Anyway. This all also means that I have to be a less frequent poster. I’m sure that you understand this. Hey. No drama. Just real-life that sucks. Sometimes. Thank you for your understanding.